Get fresh music recommendations delivered to your inbox every Friday.
We've updated our Terms of Use. You can review the changes here.

TAARAB: Songs of the Swahili Coast 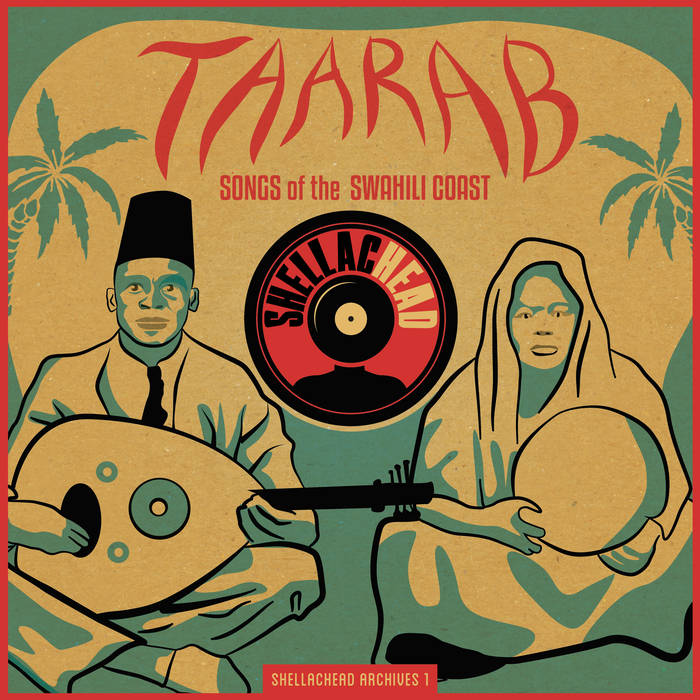 the lemon of pink

“Poetry and languid charm,” is how legendary recording pioneer Hugh Tracey once described the city of Mombasa, and the phrase applies just as nicely to the music known as Taarab. Taarab consists of sung poetry with Arabic-influenced melodies and a laid back groove that gives the music a pleasing, hypnotic sound. Taarab was born in Zanzibar in the 19th Century and eventually spread throughout the Swahili coast of East Africa, especially to cities such as Mombasa and Dar es Salaam, due in no small part to the popularity of phonograph records. This compilation focuses on that early phonograph era, the late 1920s to the 1950s, the “golden age” of taarab.

For centuries the east coast of Africa has been inextricably linked to the Arab-Persian Gulf, India, and beyond by way of the “Maritime Silk Road.” Traders were able to traverse vast distances by hugging the coastline from Mombasa and Zanzibar up the coast, to Yemen and Oman in the Arabian peninsula, to ports in Kuwait and Bahrain, and further on to Bombay. Their dhows were loaded with ivory, timber, leopard skins, tortoise shells, gold, textiles, and of course, slaves. Centuries of this vibrant trade resulted in a rich littoral culture in which distant port cities were often more connected to each other than to the interiors of their own country. Art, music, poetry, cuisine, and other cultural aspects were influenced by African, Islamic, and Indian sensibilities, resulting in rich, multilayered societies.

Although these trade connections and influences had existed since ancient times, the true beginning of taarab is usually cited as taking place during the reign of Sultan Barghash bin Said (1870-88). Zanzibar had been a province of Oman since 1828 and in 1832 was made the seat of the Omani Sultanate by Seyyid Said bin Sultan. The story goes that Sultan Barghash sent a musician named Mohammed bin Ibrahim to Cairo to study Arabic music. On his return he became the sultan’s court singer and spread his musical knowledge among the Zanzibaris. Another version of the story has musicians visiting from Cairo to teach music. In any case, the music began to flourish, with many music clubs forming and competing for jobs playing weddings and performing for the Sultan.

In 1928, a woman named Siti binti Saad was given a contract to go to Bombay to record for HMV. Her recordings were an immediate success and prompted several other companies to begin recording in East Africa. Siti binti Saad was born in Zanzibar in 1880, though her parents were both from the mainland. Although poor, she managed to connect with well-known musicians and became sought after for her singing. At the time Siti binti Saad made her first recordings, taarab had only been sung in Arabic. But it was her recordings sung in Swahili that spread her name far and wide. As in many places around the world at this time, locals could not afford expensive phonograph machines, but instead flocked to cafes and other public venues were they could hear the records being played. Siti binti Saad went on to record over 250 songs. She died in 1950.

The music in these early recordings usually consisted of oud, violin (or kamanja, a single-string relative of the violin), dumbak (drum), and rika (tambourine), similar to a standard ensemble found in Cairo at the time. Flute, kanun or harmonium were sometimes included as well. The lyrics tend to be about love, but later became more politicized. Like any living style of music, Taarab continued to grow, incorporating new instruments, rhythms, and aesthetics. In the 1950s the typical ensemble was greatly expanded to include multiple violins and ouds, accordions, keyboards, even guitar. Indian records, especially film music, were very popular in East Africa, and in some cases Indian film songs were re-recorded in Swahili. Later, Taarab musicians adapted Bollywood music to their style. Taarab is still quite popular today although it bears little resemblance to the classic recordings presented here.

ShellacHead is dedicated to exploring world music from the analog era.

Bandcamp Daily  your guide to the world of Bandcamp